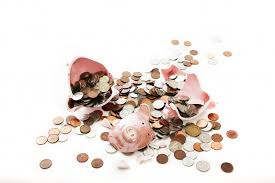 From: Toronto Star
My thought is one of the better business stories about CCP

When Canada’s finance ministers meet next month, one of the things on the table will be improvements to the Canada Pension Plan.

It’s an annual ritual with the provinces pushing for more money for pensioners, while federal finance minister Jim Flaherty wants to delay. That’s because the only way to pay for improvements is by raising contribution rates.

For people like Bill Bell, those improvements would still be worth it.

Bell, a 76-year-old Kitchener real estate agent, started taking the CPP in 2002 when he turned 65. His wife Catherine died in May 2010, two weeks after her 60th birthday. She had paid into the plan all her working life and did not receive any CPP benefits.

Bill wasn’t paying attention to the survivor benefit, but contacted me after reading about Nova Scotia couple       Sheila and Winston Billard     . The Billards also paid into the Canada Pension Plan, but when Sheila died last year, Winston’s survivor benefit came to $22.75 a month.

“I can’t quite get over how unfair this is,” he says. “The people who contributed for years probably assumed that the contributions would help their spouse get by financially.”